Can Drug Addiction Cause Schizophrenia? Know the Truth! 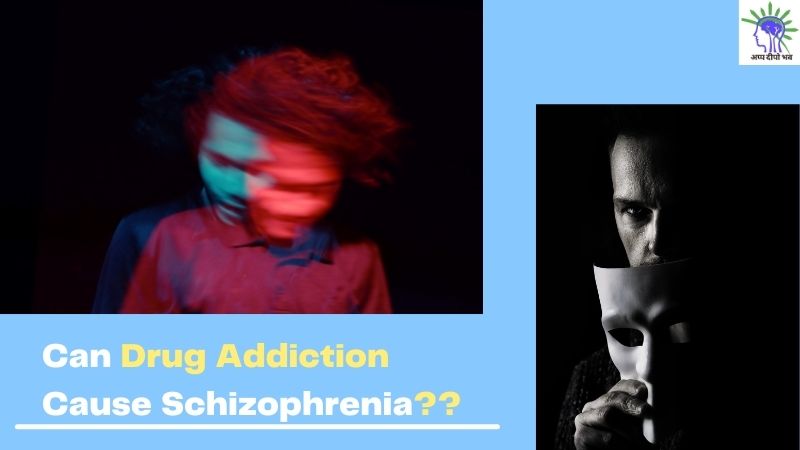 07 Sep Can Drug Addiction Cause Schizophrenia? Know the Truth!

Can drug addiction cause schizophrenia? Schizophrenia is a mental disorder that changes the behavior, thinking, as well as feeling of a person.

There is a lot of connection between addiction & schizophrenia, & that’s what we are going to discuss in this blog about schizophrenia and substance abuse comorbidity.

Though there are lots of other risk factors of schizophrenia including addiction, let’s understand.

What Causes Schizophrenia in the Brain?

According to Dr. Vivek Pratap Singh, who is the top-rated neuropsychiatrist in Patna people with schizophrenia require treatment for the rest of their lives.

Including that there are lots of factors & signs that causes schizophrenia.

Now, coming to the topic, let’s understand in brief the relation between schizophrenia drugs and alcohol.

Can drug addiction cause schizophrenia?

Schizophrenia is a chronic mental illness that is usually spread through genetic and chemical imbalances.

People with schizophrenia often hear voices telling them what to do.

If they are not treated in time, they may have unfortunate consequences, such as violence and brain entropy.

All of these are also common symptoms of drug abuse. This correlation is related to the brain’s inability to release neurotransmitters that cause pleasure, such as dopamine.

When the brain becomes dependent on powerful drugs like heroin, this substance inhibits the brain’s ability to release beneficial neurotransmitters such as dopamine and serotonin.

Once addiction has the upper hand, it has the ability to change brain chemistry and cause irreversible damage, which can lead to mental health problems such as depression, bipolar disorder, and schizophrenia.

Both schizophrenia as well as drug abuse goes in hand and increase the devastation due to t the correlation.

Note: If you know someone or maybe someone in your family is suffering from this mental disorder, then you can make an appointment with Dr. Vivek Pratap Singh….he provides the best schizophrenia treatment in Patna.

Having a first-degree relative in the case of schizophrenia is the riskiest factor.

Moreover, if both parents are diagnose with the disorder, the risk gets higher.

Although, sometimes a person even having a close relative with Schizophrenia doesn’t get affected by the disorder.

Here below are some of the frequently ask questions by the patients or their relatives.

Can You Get Schizophrenia Without Family History?

Family history is one of the riskiest factors of having schizophrenia, but that doesn’t mean a person having no genetic issue of this disorder can’t have the same.

Can You Develop Schizophrenia?

Developing schizophrenia in a person generally depends upon the situation like family history, addiction to drugs, stressful events, trauma, etc.

Is Schizophrenia Inherited From Mother or Father?

Of course, schizophrenia can be inherited from both mother & father, & if both the parents have the disorder, the risk for getting the disorder into the child increases.

Dr. Vivek Pratap Singh, being the great psychiatrist in Patna, Bihar is serving mentally challenged people for more than 10 years.

Moreover, he treats his patients with utmost love & care, also his therapy session are also affordable.

Talking about his education, he completed his MBBS from BP Koirala Institute of Health Science & MD (Psychiatry) from Dehradun.

Along with working in PMCH, Patna, he runs his own organization Pratap’s Neuro & Child Psychiatry Center.

Now, here we end our blog can drug addiction cause schizophrenia…hope you found this blog informative.

Nonetheless, to have further details book an appointment with us, or you can also write down n the comment section below.