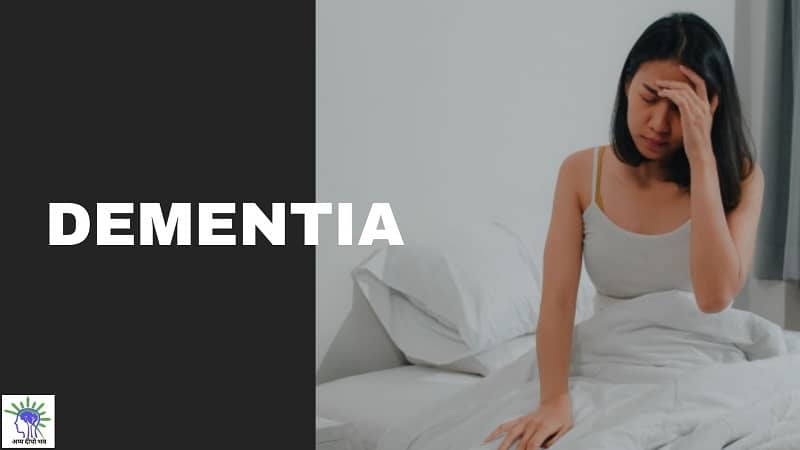 Are you brooded over the mental health issues like dementia of your loved someone? If yes you must be looking for quality treatment of dementia.

We are happy to state that Dr. Vivek Pratap Singh, a renowned psychiatrist can be a life-changing person for you as he is regarded as the best doctor for dementia in Patna, Bihar.

To know more about him read this post to the last. But before that, it is important to gain some brief knowledge about dementia.

What is Dementia Meaning?

Dementia meaning in simple language is a persistent or long-standing disorder of mental operations. This mental illness is not a particular disease but a set of conditions that characterizes impairment in memory, communication, reasoning, and thinking.

Dementia, the word is derived from the Latin words ‘de’ meaning ‘without’ and ‘means’ meaning ‘mind’. Thus, the dementia definition stands for memory loss along with other problems related to the injury or loss of brain cells.

Though dementia is not a normal part of aging, it is more common among elderly people over the age of 65. The dementia age is young or early-onset while affecting the working-age people i.e. between 30 and 65 years old.

You would also find a whole lot of knowledge of dementia – Wikipedia.

What are the Main Dementia Causes?

Dementia is a collective term. Death of brain cells and neurodegenerative disease or progressive brain cell deaths are associated with dementias. Besides, a stroke, head injury, or a brain stroke can also be the cause. Some common dementia causes are:

Frontotemporal lobar degeneration is another cause that damages the frontal and temporal lobes of the brain.

What Are Dementia Symptoms?

To conclude that it is dementia, you need to have at least two kinds of impairment that intrude on your daily life activities. Dementia symptoms usually depend on dementia causes. The common signs and symptoms are:

It is an early symptom that involves short-term memory like forgetting where things are, struggling to remember what to do, etc.

Affected ones may find it tough to explain their thoughts by finding the right words. It becomes difficult for them to express themselves or have a conversation.

Along with the changes in the mood, a shift in personality may occur. Depression is also typical of dementia.

Persons may lose interest in their hobbies or activities, in spending time with family and friends. Nonetheless, they become emotionally flat.

A person may find difficulty in performing normal or regular tasks and also struggle to learn new things or follow new guidelines.

Confusion may arise in the early stages of dementia when thinking, memory, and judgment lapses.

Spatial orientation may begin to deteriorate with the onset of dementia where a person cannot recognize familiar landmarks or follow directions and step-by-step instructions.

As a result of memory and behavioral changes, a person may unnecessarily repeat daily tasks, collect items obsessively, or ask the same questions again and again.

Difficulty in adapting to new changes in life, try new experiences, following what others say, and so on are also typical symptoms of dementia.

Since some of the dementias are progressive, the symptoms can get worse with the passage of time. However, others may be reversible if caught early. Nonetheless, in both cases, it is recommended for you to see a professional doctor like Dr. Vivek Pratap Singh to receive effective treatment.

What are the Types of Dementia?

A few common types of dementia are mentioned below:

It is the most common type of dementia that affects the majority of people. It is a progressive disease and develops slowly over years. Alzheimer’s is characterized by a progressive build-up of abnormal protein clumps that causes damages to the nerve cells.

Symptoms appear suddenly or gradually in this. Reduced supply of blood to the brain due to narrowing or blockages in blood vessels can harm the brain cells and cause vascular dementia.

It gives rise to problems related to movement, thinking, behavior, and alertness. Moreover, it is also caused by protein deposits in nerve cells.

Also known as Pick’s disease it affects the front section and the temporal lobes of the brain. It causes difficulties in organizing, planning, controlling emotions, and understanding or speaking language.

This is a genetic condition that causes a premature breakdown of the nerve cells thus, resulting in impaired movement and dementia. It exists in juvenile (childhood or adolescence) or adult-onset.

People develop dementia when they have advanced Parkinson’s disease. As it progresses the person becomes irritable, paranoid, or depressed and may have trouble understanding.

What are the Available Dementia Treatments?

There is no known cure for this condition but dementia treatments are available for managing the harsh symptoms.

The medications temporarily used to enhance dementia symptoms are:

One can treat behavioral and movement symptoms using non-drug approaches or therapies like:

Dementia is a complex set of conditions, which are important to assess with good care. Therefore, you can rely on Dr. Vivek Pratap Singh for he is the best doctor you can find for the treatment of dementia in Patna, Bihar.

He is a devoted doctor who is well versed in dementia and other related mental conditions. He has performed numerous dementia treatment cases and has achieved a high success rate. His treatment costs are also very affordable.

Dr. Vivek Pratap Singh has worked as a psychiatrist at AIIMS and PMCH hospital, Patna. His precision and presence of mind in recognizing both mind and body symptoms are noteworthy. So, book your appointment with him today as dementia can get terrible with time.