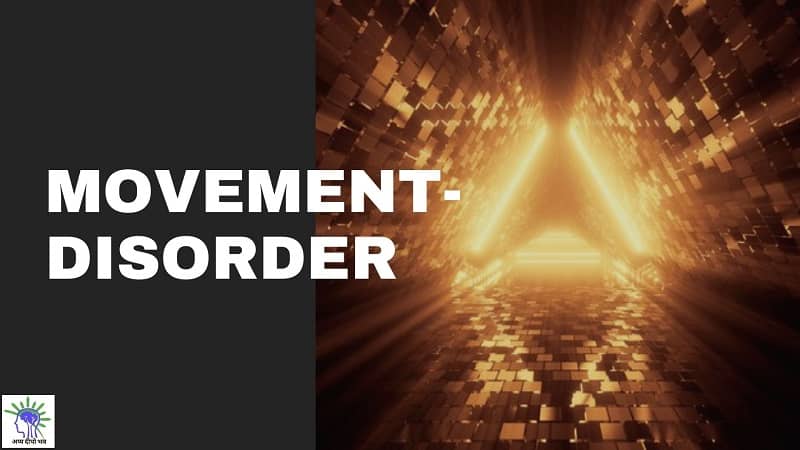 What is a Movement Disorder?

A group of neurological syndromes that give rise to a variety of problems with our movement is called a movement disorder. This can cause either abnormal increased movements (that can be voluntary or involuntary) or reduced or slow (voluntary) movements.

More than 30 diseases are classified under neurological movement disorders. While the causes of some may be hereditary, in other cases environment may play a role. Although many such disorders are not life-threatening, you may lose your ability to perform daily tasks and live independently.

What is the Classification of Movement Disorders?

Conventionally, the classification of movement disorders is worked out into two major categories:

What are the Types of Movement Disorders?

Some of the most common types of movement disorders ranging from subtle to disabling include the following:

Sustained involuntary muscle contractions with repetitive movements and twisting are involved in Dystonia. Focal Dystonia may affect just one part of the body and generalized Dystonia the entire body.

Ataxia affects the cerebellum, the part of the brain controls coordinated movement. This movement disorder causes symptoms like uncoordinated or impaired balance, limb movements, or speech.

This condition features long-running spasms or contractions or intermittent contractions of the neck muscle resulting in the neck to turn in various ways.

It is a neurodegenerative disorder that is inherited progressive and causes weakened cognitive abilities, uncontrolled movements, and psychiatric conditions.

This condition does not occur due to neurological disease but resembles any of the movement disorders.

This disorder causes quick as flash jerks of a muscle or a group of muscles.

It is an uncommon progressive neurological disorder that affects many brain systems and causes other movement disorders like ataxia or Parkinsonism.

Conditions like tremor, rigidity, imbalance, bradykinesia are caused by this slow-progressive neurodegenerative disorder. It shows non-movement symptoms as well.

This movement disorder results in irksome, abnormal feelings in the legs while lying down or relaxing.

This is a rare neurological condition that may resemble Parkinson’s disease and causes problems with balance, walking, and eye movements.

It results in repetitive and involuntary movements like grimacing, eye blinking, etc, and is caused by the long-term use of neuroleptic drugs.

This movement disorder causes uncontrolled rhythmic shaking of parts of the body such as both hands or arms or fingers.

It is associated with repetitive motor tics and vocal tics and starts between childhoods and teenage years.

This distinct inherited condition causes an excessive copper build-up in the body resulting in neurological problems.

What are Movement Disorders Treatment Methods?

Unfortunately, many movement disorder cases cannot be cured. Your condition may require watchful waiting or aggressive treatment. But the goal of the movement disorder treatment is to relieve pain by minimizing the symptoms. The prescribed medications or injections by your neurologist may include:

These complex treatment procedures must be assessed by a professional and experienced doctor like Dr. Vivek Pratap Singh, the best neurologist in the city of Patna.

First published in 1986, Medical Disorders Journal is a peer-reviewed medical journal that highlights original research related to both the disciplines of clinical neurology and basic science topics. It is the official journal of the Internal Parkinson and Movement Disorder Society.

The performance measure based on the yearly average number of citations to currently published articles during the last two years is basically the impact factor of an academic journal. The Movement Disorders impact factor 2019-2020 has been updated to be 7.180.

Dr. Vivek Pratap Singh is ranked amongst the top doctors for movement disorder treatment in Patna. Through his dedication, he has earned a sought-after reputation as the best neurologist for treating movement disorder problems.

Dr. Vivek Pratap Singh is a doctor of paramount importance. He has performed as a neuropsychiatrist at the prestigious AIIMS and PMCH Patna. He had the privilege of pursuing his MBBS from a top-ranked WHO listed government medical college and achieved his post-graduation from Pune.

Being a high-profile neurologist for movement disorder treatment in Patna, Dr. Vivek Pratap Singh’s treats his patients while making sure of a lower rate of compilations and intense care. That is why he has acquired a high patient satisfaction score.

There is a reason why Dr. Vivek Pratap Singh is considered as the ultimate. He has almost 10 years of experience in the field of medicine and has a wide selection of publications of high repute.

Therefore, if you wish to get the finest movement disorder treatment in Patna, for yourself or your loved ones, then Dr. Vivek Pratap Singh is the person you should seek.