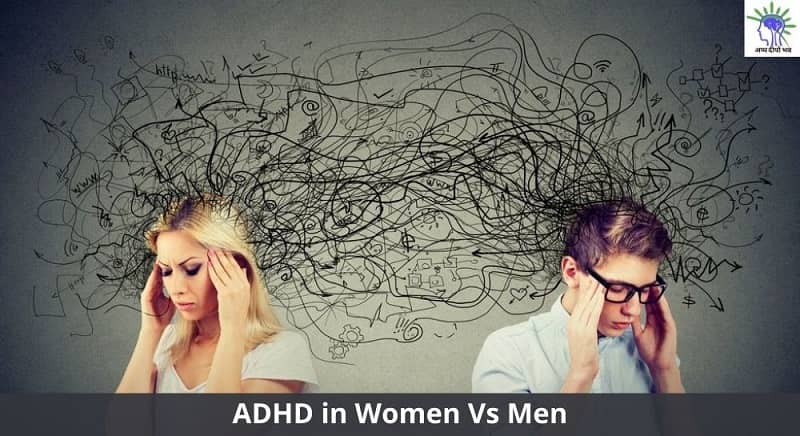 Attention deficit hyperactivity disorder (ADHD) is one of the most common conditions diagnosed in children.

It is a neurological disorder that causes several hyperactive and disturbing behaviors.

The symptoms of ADHD often include difficulty focusing, sitting down and staying organized. Many children show signs of this disorder before 7 years, but some remain unchanged until adulthood.

There are significant differences in the way in which the condition in boys and girls manifests. This can also affect how ADHD is diagnosed.

According to Dr. Vivek Pratap Singh, the top Psychiatrist in Patna, when the male and female accounts of the specific symptoms of ADHD are studied, the investigation has found that the symptoms they experience are more similar to the different ones.

However, when asked women and men about their experienced experiences with ADHD, they are likely to find some surprising differences.

Since girls with ADHD usually don’t display “typical” ADHD behavior, the symptoms may not be as obvious as they are in boys.

There are lots of online  evaluation test available for both female & male.

So, women can go & analyze whether they are suffering from ADHD.

Symptoms of ADHD in Males

Note: If you know a man or a woman who is suffering from extreme ADD, then treatment is necessary….for your information we want to tell you that Dr. Vivek Pratap Singh provides  the best ADHD treatment in Patna.

While the exact cause of ADHD is not clear, research efforts continue.

The factors that are included in  the occurence of ADHD include genetics, environment or issues with the central nervous system.

The Risk Factors Include:

Why Are Males Diagnosed With ADHD More than Females?

There are many theories of why ADHD is more commonly diagnosed in children than girls.

One possibility is that girls are in some way “protected” of ADHD development, so there is a greater burden of risk factors than in children so that girls develop problems.

Dr. Vivek Pratap Singh is one of the best Neuropsychiatrist in Patna providing best treatments for ADHD.

Moreover, his fee is more affordable & also he has over 10 years of experience in this field.

Also, he has very good communication skills & is very friendly in nature.

Now, we take your leave here…hope you liked the article about ADHD in Women VS Men.

If any queries still persisting…tell us in the comment section below.

ADHD in Adults, ADHD in Males, Female ADHD Symptoms, Female ADHD Test, How Common is ADHD, Is Add More Common in Males or Females, What Causes ADHD, Why Are Males Diagnosed with ADHD More Than Females