Can ADHD Develop Later in Life? 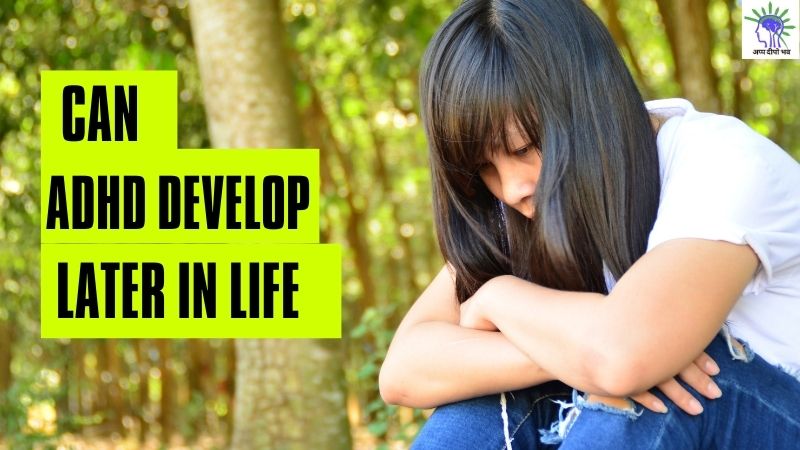 The most intriguing question today is “Can ADHD develop later in life”?

Though, we are going to deal with this question in detail…but first thing first, let’s understand a bit about ADHD.

What is ADHD? (Attention Deficit Disorder)

ADHD is also known as attention deficit hyperactivity disorder is a kind of neurodevelopmental disorder that majorly develops during childhood.

The common symptoms of ADHD include difficulty in paying attention, hyperactivity, challenges with organization, problems in controlling impulses.

Note: If your child is suffering from ADD, then you must not wait & go for an appointment ASAP…moreover, if you are from Patna, Bihar…then do visit with your child to Dr. Vivek Pratap Singh for the best ADHD Treatment in Patna.

Can ADHD Develop Later In Life?

The simple answer to the question “can ADHD develop in adulthood” is no.

Though, adults don’t get ADHD suddenly without having any symptoms in childhood.

Moreover, to develop the late-onset ADD…it must be evident before the age of 12.

However, if it is occurring during adulthood, then the person must have it as a child.

Ultimately, if you didn’t get the symptoms of ADHD in childhood, then your adulthood symptoms might be the reason for something else like depression, anxiety, or trauma.

Can ADHD Develop from Trauma?

According to the research, Trauma may be the reason behind attention deficit hyperactivity disorder.

In addition to other factors such as preterm birth, environmental toxins, and genetics, traumatic stress is associated with the risk of ADHD. This relationship probably depends on toxic stress, which is the result of long-term activation of the body’s stress management system.

According to Dr. Vivek Pratap Singh…the best Neuropsychiatrist in Patna…. Untreated ADHD can manifest itself as a biological and environmental factor that interferes with many aspects of a person’s daily life, including relationships.

Here are the symptoms of ADHD in adults….

Symptoms of Untreated ADHD in Adults

Can You Develop ADHD In Your 20s?

Diagnosing ADHD in adulthood can be difficult. One criterion is that “some symptoms occurred before the age of 12”.

Symptoms of ADHD are often confused with other mental health symptoms of adults, such as anxiety, depression, personality disorder, and even bipolar disorder.

Here are some of the most common questions asked by the patients.

Can ADHD Develop In Adulthood?

No, Add can’t be get developed if the person didn’t have the symptoms during childhood.

Can ADHD Develop In Teenage Years?

The same answer goes with this question….if you didn’t have the symptoms in your early childhood before the age of 12…then there is not much chance as the teenage year starts from 15 years.

Dr. Vivek Pratap Singh – One of the Best Neuropsychiatrists in Patna

If you or loved ones ever feel like the symptoms of ADHD….then none is a better option than Dr. Vivek Pratap Singh…who is the top ADHD doctor in Patna.

He provides the best treatment with love & care..& also his treatments are affordable.

Though, you must consult him once about the problem you are facing.

Now, we sum up the blog “can ADHD develop later in life”…if you have any further queries….just ask us in the comment section below.