Affects of Dementia in Brain and Your Daily Lifestyle 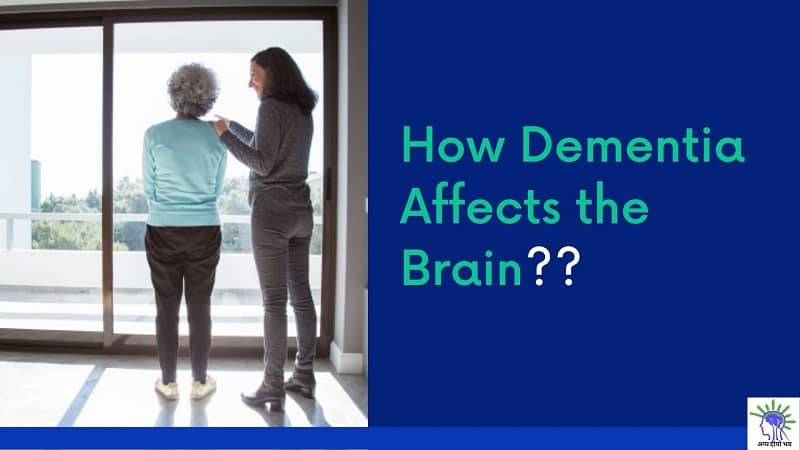 23 Nov Affects of Dementia in Brain and Your Daily Lifestyle

If you are facing certain problems relating to your brain, then there are chances that you might end up suffering from dementia.  But, how Dementia Affects the Brain?

So, here we are going to give you detail on what is dementia and how it can be treatable. To brief out, dementia is a major neurocongnitive disorder in brain which is caused by the symptoms of other diseases.

It directly attacks the memory as well as learning power of a person. It is seen in aged people who are above 65 years of old. Nonetheless, in some rare cases it can be seen in low age people as well.

Let’s move on further to discuss about the causes and symptoms of dementia.

Dementia is a topic of broad spectrum which not only includes metal impairment but certain other bodily dysfunction as well. Different individuals face it in different ways.

In general, it affects the memory, language, thinking, and behavior and judgment power of a person. First of all, let’s study about types of dementia which will help in easy identification of your condition.

Dementia meaning is different as it is symptoms of several caused diseases. In simple words, there are different types of dementia that a person suffers from. They are-

It may be divided into stages of mild, moderate to severe conditions, depending on the dementia causes.

Dementia results in degeneration of neurons/brain cells due to certain dysfunctions in the body. But, the main reason for this condition is Alzheimer’s disease.

Some other neurodegenerative diseases that causes dementia are-

These causes lead to certain kind of dementia symptoms. This might lead to difficulty is remembering or thinking about something.

Thus, this is how Dementia affects the Brain and your lifestyle.

What Parts of the Brain are Affected by Dementia?

As dementia is the symptom of many other brain diseases, different parts of the brain can be affected in this.

Thus, it must be very clear how Dementia affects the Brain parts and can even lead to sever conditions if not treated at proper time.

Therefore, for you proper check up and complete understanding of your problem, you must visit Dr. Vivek Pratap Singh, a neuropsychiatric in Patna.  His guidance on memory and dementia treatment in Patna has helped many people from going completely insane.

What Happens to the Brain of a Person with Dementia?

Thus, all these physical changes can be very traumatic. Nevertheless, different treatments are available for the same before reaching the severe stage.

Before jumping into treatment, diagnosis by a trusted doctor is very much necessary.  With the consultation of a reputed doctor like Dr Vivek Pratap Singh, different treatments should be pursued for.

Some dementia treatments are medicinal and some are therapies.

Other non-drug therapies include-

These help in some behavior patterns and also changes in movement and thinking.

Therefore, this is how Dementia affects the Brain and also changes the daily routine of a person. As there is no such perfect cure for this condition, but consulting a doctor regularly and working on your health might prevent from severe condition.

Therefore, if you are looking for someone who could provide you good care in such harsh conditions, then Dr. Vivek Pratap Singh is the Best doctor for Dementia treatment. He is one of the most dedicated and devoted doctors who provides with excellent Dementia Treatment in Patna.

So, if you also facing the same problem, do book an appointment with him right now.