The Sick Truth of “Are OCD and Tourette’s Related ” Are You Afraid to Know? 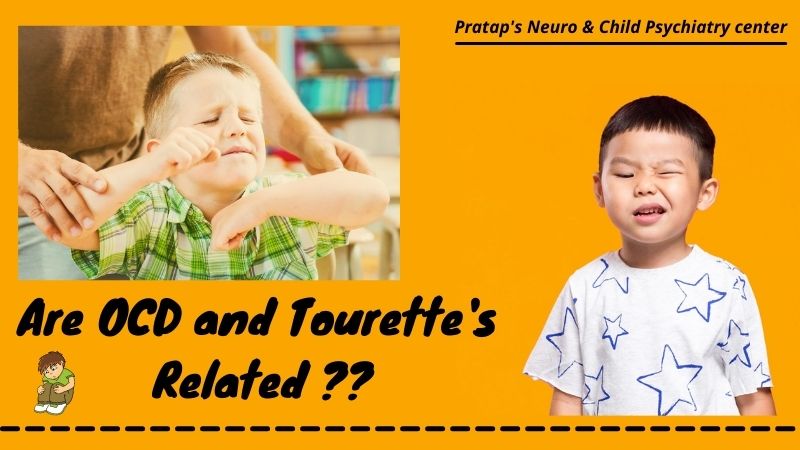 30 Apr The Sick Truth of “Are OCD and Tourette’s Related ” Are You Afraid to Know?

Most of the readers of this blog must be already familiar with the term OCD, hence maybe don’t know about the Tourette disorder that has likely the same symptoms, so what is the interlinking between both the disorder and are OCD and Tourette’s related or it’s only an allegory?

In the first place, we are going to yield you all the required information like treatment for tourette’s and OCD, OCD tics symptoms, OCD tics list, and many further terms in a way.

As we discussed above, you must already be recognizable with OCD.

But to know are OCD and Tourette’s related? , you have to understand the other disorder first.

So, Tourette syndrome aka tics is a neurological disorder that causes repeated physical movements.

Together with this, the symptoms are generally seen in children aged between 2 to 15.

Moving ahead, there is a lot to discuss, but before that what we want to suggest to you is, if your child is also anguishing with the same symptoms, then treatment is most needed.

Moreover, if you are residing somewhere in North Bihar, then no one is better than Dr. Vivek Pratap Singh who is considered the best neuropsychiatrist in Patna for the treatment for Tourette’s and OCD.

Are OCD and Tourette’s Related?

OCD is compelled with repetitive thoughts on the other hand tics syndrome causes vocal utterances and repetitive movements.

But, despite the distinction, there are lots of overlapping symptoms between both.

According to research, 50 to 60 percent of children with OCD are likely to catch the tics symptoms.

Hence, these interlinking symptoms lead to OCD and Tourette’s comorbidity.

Talking about the symptoms, let’s have a look at them and understand the overlapping indications.

The engaging symptoms of both disorders are not very vast but will help you in understanding the causes.

Symptoms That Tell Are OCD and Tourette’s Related Include:

Note: it’s not a cakewalk to be living with tourettic OCD person, as they are never in control and can do any disruptive thing.

So, it’s better to take them for a good Tourette & OCD treatment in Patna by Dr. Vivek Pratap Singh.

There are many overlapping examples of both the disorder.

Along with this, there is a symptom very common i.e., just right OCD tics symptoms.

So, the symptom generally states the feeling of a person that something is not right or is incomplete.

On average, people with OCD & Tics are more likely to get this symptom.

TOCD is identified as a blend of both the disorder OCD & Tics.

The Symptoms of TOCD Includes:

If the symptoms are not severe, then maybe there is no need for treatment.

But, if it starts getting worse, taking treatment is very necessary.

Now, talking about the OCD tics medication, there are no medicines that can cure these disorders.

However, your psychiatrist may prescribe you some drugs.

As you know going for treatment is very necessary but, what’s more, important than that is having a person that understands these problems very well.

Thus, Dr. Vivek Pratap Singh is one of them and that’s why considered the best Psychiatrist in Patna.

Moreover, he is an expert in these fields with 9 years of experience.

Not only he provides the finest treatment but also gets engaged with his patients like a friend, also he is very gentle with the children.

Now here we end our blog on “are OCD and Tourette’s related?”

Hope to find this blog informative, however, if any issues prevailing write to s in the comment section below.