Are You Born With OCD or Does It Develop? Know the Truth! 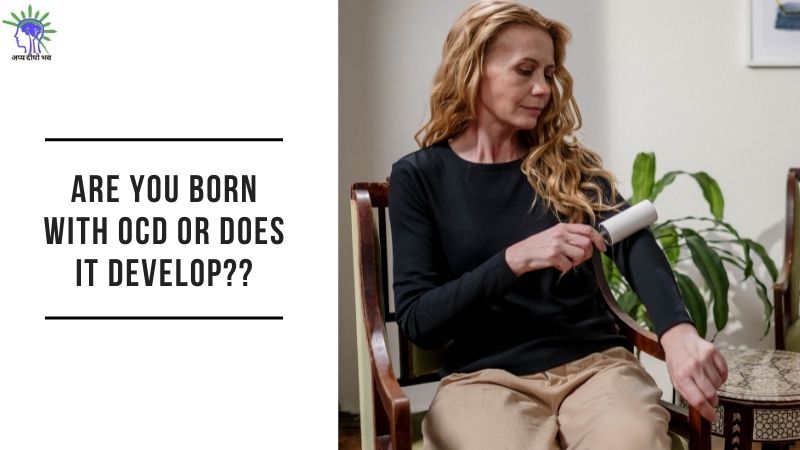 12 Oct Are You Born With OCD or Does It Develop? Know the Truth!

Wondering Are you born with OCD or does it develop?…. Read the blog to get an absolute genuine answer.

Though, When you have Obsessive-Compulsive Disorder (OCD) you often wonder how and why it started. Were there any circumstances in your life that you have possessed?

Were you born with it? Have you been obsesse with your upbringing?

Note: If suffering from OCD, & looking for the best OCD Treatment Doctor in Patna …..then Dr. Vivek Pratap Singh can help you in dealing with this kind of problem.

Symptoms of OCD Include:

There are different types of obsessive-compulsive disorder, but most disorders fall into at least one of four general categories:

What Is the Root Cause Of OCD?

Are you born with OCD or does it develop?

No one is born with OCD….however, there are lots of factors that are reasoned behind the occurrence of OCD.

Though, Dr. Vivek Pratap Singh….who provides the best OCD treatment in Patna, states some of the reasons behind the development of OCD.

Risk Factors For Obsessive-Compulsive Disorder Are:

What Causes OCD in Adults?

The cause of obsessive-compulsive disorder is unknown.

Though, research is being gone on whether the disease is associated with changes in the brain’s response to chemical messengers such as serotonin or dopamine.

Problems regulating activity and the interaction between different parts of the brain are also thought to contribute to the disease.

Well, genetics might play an important role in the development of OCD.

Can OCD be Cured?

There is no cure for obsessive-compulsive disorder.  Nothing to cure. There are thoughts, feelings, and emotions, and by being a disciple rather than a victim you can change your relationship with them and lead a happy, and often flawless, life.

Moreover, if you want to get out of this….. Learn to value yourself for who you are and for who you are, and instead of spending every moment waking up to rid of your unwanted thoughts, train yourself to instinctively invest in the moment for what it is and risk Your acceptance.

Dr. Vivek Pratap Singh is the best Neuropsychiatrist in Patna giving his patients the finest treatments.

Moreover, the patients have themselves stated that they got away from the problem of OCD with the help of Dr. Vivek Pratap Singh.

He is in this field for more than 10 years…making his utmost efforts to give his patients the best treatments.

Though, he is the best psychiatrist for all your mental problems…do consult him once.

Hence, …we sum up the blog….” Are you born with OCD or does it develop”?

Nonetheless, if you have any further queries….just ask us in the comment section below.