Difference Between Epilepsy and Seizures 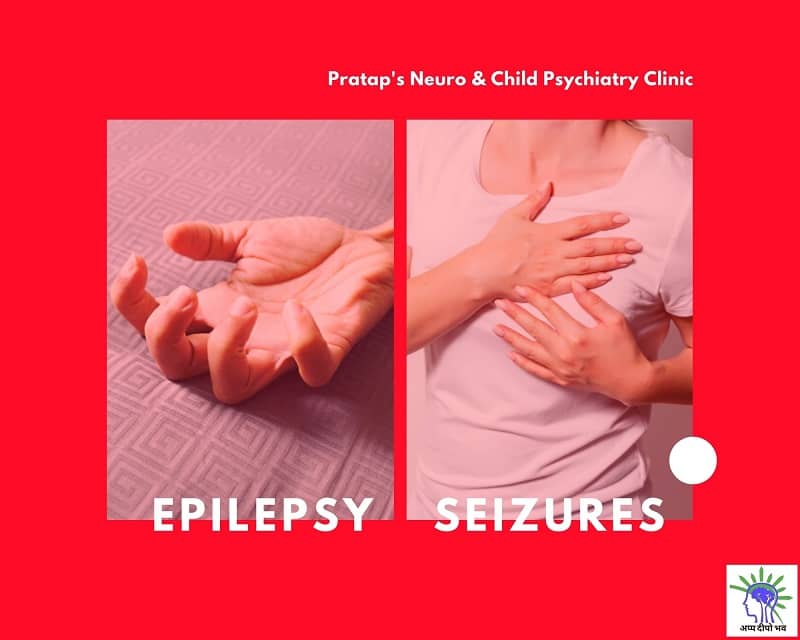 14 Dec Difference Between Epilepsy and Seizures

Posted at 12:27h in Mental Health by Pratap Neuro 0 Comments
1 Like

People often confuse between epilepsy and seizure. Though they are not the same but closely interrelated. A seizure is a single event or occurrence while epilepsy is a neurological condition characterized by two or more unprovoked seizures.

Any uncontrolled and sudden disturbance in the brain is referred to as a Seizure. It leads to behavioral or emotional changes. Sometimes it also causes changes in levels of consciousness. Most seizures last from 30 seconds to 120 seconds.

Neurological condition like Seizure needs the care of distinguished and specialized medical professionals.

Symptoms of Seizure vary from person to person mostly depending upon the range- mild to severe- and the types of seizure.

The most common symptoms that Seizure shows up are:

If you or your friend or kin is experiencing any of the symptoms then you must consult a neuropsychiatrist. If you are a resident of somewhere in North India or Bihar then you might need to go through- Neuropsychiatrist In Patna

The two types of seizures are:-

Focal Seizure is a result of abnormal electrical activity in one area of your brain. Moreover, it can be characterized sometimes with or without loss of consciousness.

Its signs and symptoms hold resemblance with other neurological disorders, such as migraine, or mental illness.

Difference Between Epileptic and Non-Epileptic Seizures

Epilepsy is the primary reason for seizures. These epileptic seizures are the result of abnormal electric discharges from the brain. Epileptic Seizures are mainly of two types: Generalized and Focal as mentioned above.

While, Non-epileptic seizures though show the same symptoms as epileptic seizures-convulsions, unconsciousness, or both-they are not related to sudden abnormal brain activity. These have no identifiable physical cause but they are physical reactions to psychological stresses.

The probable causes of Non-Epileptic Seizures are:

Seizure Treatment depends on the type experienced and the severity of the conditions.

There is currently no specific cure for Epilepsy and Seizures…

Difference Between Fits and Epilepsy

Epilepsy is simply defined as a neurological condition in which the patient is vulnerable to get epileptic “seizures” or often called “fits”.

Anyone experiencing or having two or more unprovoked fits or seizures can be said to have Epilepsy.

People often confuse about different mental disorders or conditions and tend to be their own doctor. In conclusion, these mental conditions need serious attention and critical care by expert and highly educated and experienced neurologists.

If you or any of your relatives, friends are experiencing any of these conditions or symptoms you must consult a neurologist as soon as possible. Moreover, if you are a resident of somewhere in Patna or Bihar, let us make it easy for you. Dr. Vivek Pratap Singh who is listed as the best Neuropsychiatrist in Patna is the best doctor to consult with regarding epilepsy and Seizures.

Previously, he has been a resident of prestigious AIIMS Patna. He currently practices at his clinic in Kankarbagh and deals with all types of neuropsychiatry including epilepsy and seizures’ treatment.

We hope this blog answered all your queries about epilepsy, fits, seizures, the Difference between Epilepsy and Seizures, Seizure Symptoms, Seizure Treatments, etc.