Difference between Seizure and Pseudoseizure 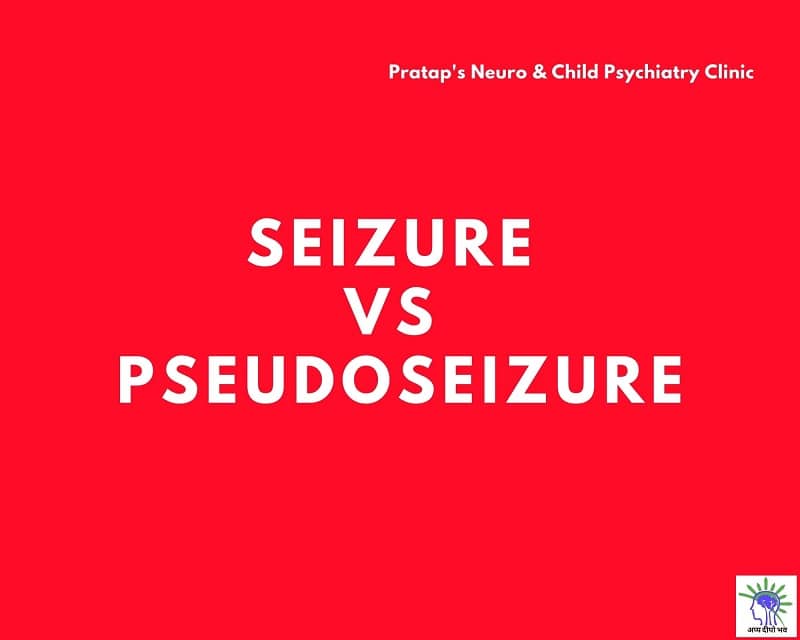 18 Dec Difference between Seizure and Pseudoseizure

A seizure is a sudden event or occurrence when you lose control of your body and convulse, possibly also losing consciousness.

Epilepsy is thought to be the primary cause of seizures. Epilepsy causes sudden disturbances in nerve activity. Further, it causes seizures. Moreover, Seizures are of two types- Epileptic and Non-Epileptic seizures.

What are the Causes of Pseudoseizure?

Most common cause of seizures is epilepsy. But, pseudoseizures has nothing to do with epilepsy and they are manifestation of psychological distress which include:

Though pseudo seizures are different from seizures yet the symptoms are same. The symptoms may include:

Specialists can help you identify your condition and type of seizures and help you battle any underlying psychological distress.

How to Get Rid of Pseudoseizures?

Diagnosing Pseudoseizures is difficult as it holds resemblance to epileptic seizures.

Most of the people often search for Can Pseudoseizures kill you? You need not to panic under such situations. Rather, you need a critical diagnosis other it can be life-threatening.

Specialist use EEG recordings and monitor brain activity on video. When the patients have seizures, doctors monitor the brain activity through Video Pseudoseizures  and jot down all the details for diagnosis.

The clinical hardship is spotting difference between Seizure and Pseudoseizure.

Specialists come across a lot of problems while treating pseudoseizures as the symptoms described by the patients are same as that of epileptic seizures.

For recognising the difference between seizure and pseudoseizures, one Class I and seven Class II studies showed that elevated serum prolactin was highly predictive of either generalized tonic-clonic or complex partial seizures.

Seizures whether it be non-epileptic or epileptic should be supervised under specialists. Some people also come up with questions like Driving with Pseudoseizures. Basically, it depends upon the state laws and severity of your condition.

If you are experiencing any of the symptoms as listed above don’t compromise with it. Mental Health is of the utmost importance and it needs critical care, awareness, and diagnosis by specialist.

If you , your kin or any of your friends are experiencing any symptoms of seizure and you are resident of North India or somewhere in Bihar, you might need to see neuropsychiatrist in Patna.

Let us make it easy for you. You can consult Dr.Vivek Pratap Singh who is listed as the best neuropsychiatrist in Patna for treating seizures. He is a distinguished alumnus of the reputed WHO listed B P Koirala Institute of Health Sciences. The psychiatrist also holds an MD in Psychiatry from D Y Patil Medical College and thus bring great acumen and knowledge of neuropsychiatry with him.