Bad Effects of Alcohol on Mental Health and Brain Chemistry 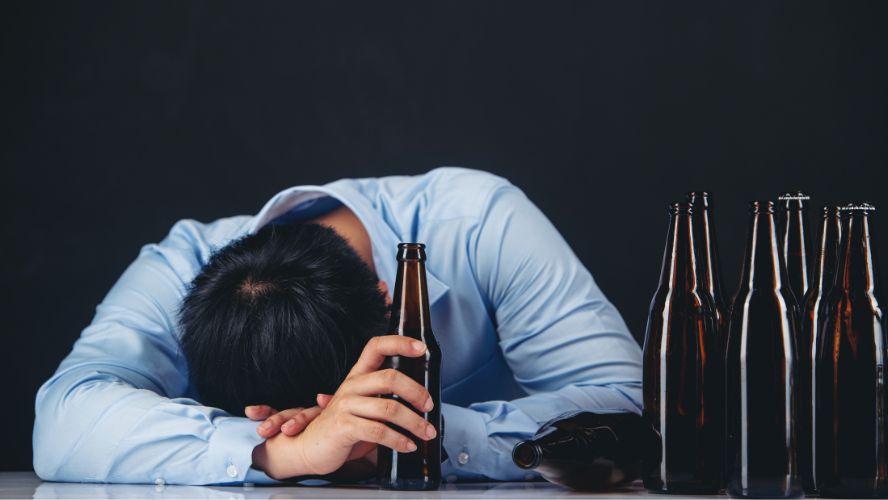 Posted at 18:30h in Deaddiction by Patna Neuro 0 Comments
0 Likes

Drinking alcohol has become prevalent globally including in India. You may know that alcohol is the major reason for various mishaps to your physical and mental health. There are numerous bad effects of alcohol on mental health.

“Anything excess is unhealthy” – Drinking alcohol cautiously, and occasionally may not harm as much as drinking frequently and incautiously. People drink alcohol to cope with annoying feelings or problems. Alcohol does not help in solving the problems rather it buries the feelings for a while.

You can get rid of the problem. All you need is an expert’s help. You can find a de addiction centre in patna as well. The following adversaries to your mental health caused by alcohol will motovate you to do so.

Our brain is dependent on various chemical changes and processes happening inside. Hence, a balance between these processes and changes is essential. Alcohol is a depressant, which means it can disrupt the balance of the brain and affect our mental health, and thoughts, and sometimes have long-term effects.

As per the research by the University of Oxford, brain shrinkage was proportional to the amount of alcohol the people consumed.

People who drink more than 4 drinks a day had 6 times more risk of hippocampus shrinkage. Even if someone drinks a mild or moderate amount daily there are more chances of shrinkage of the hippocampus than those who do not drink at all.

Hippocampus is the region in the brain that correlates with memory consolidation and imagination. Hence, regardless of the amount of drinking alcohol, negative emotions take over mental health.

Drinking regularly and heavily is linked with the symptoms of depression. Although it is difficult to differentiate between cause and effect. It means, it is not known if drinking alcohol causes depression.

But we do know that alcohol affects our neurotransmitters, which hinders the way to transmit signals from one nerve of the brain to another. As a result, depression occupies the mind.

You should not mix the prescription given for depression with alcohol. Sometimes, common anti-depressants increase the risk of relapse to heavy drinking in people or trying to abstain from it or cut down. Hence, you should take anti-depressants with great caution and only when prescribed by your doctor.

A drink might help to pull up your nerves and suppress your anxiety, but it is for short time. The effect of drinking can be dangerous and may have long-term effects like memory loss, and concentration problems.

This relaxed feeling is caused because of chemical changes that occur in our brain because of alcohol. Relying on alcohol to suppress anxiety could lead to a greater reliance on it to relax.

For some people suffering from anxiety, a hangover can have a worsening effect. Sometimes, these feelings are barely noticeable, but it happens.

Many times, a person having anxiety problems, focus only on the things he interprets as threatening and ignores good and neutral things happening around him.

Alcohol makes people do things they would never have done like self-harm and even suicide. It makes people behave impulsively and hinders the process of orderly thinking.

There is a mutual relationship between drinking heavily and suicide attempts, suicidal thoughts, and death from suicide.

Frequent drinking may also cause an illness called psychosis, in which a person suffers from hallucinations and delusions of persecution. This is most common in people who have suddenly started to abstain from alcohol and have been frequent drinkers before.

Drowning in your sorrow is still the most common reaction to difficult emotions. When something is bothering you, Alcohol helps you to conceal your emotions temporarily.

Sometimes, you do not even know what is causing so much stress in your brain, then people use alcohol to forget the bad feeling for a while. Hence, you find that you need to drink more to stay numb and suppress your emotions. And this leads to addiction to alcohol.

While other times Alcohol also lift your emotions to the surface and makes them fiercer. Hence, you may have noticed that it leads to arguments, dissatisfactions, violence, and self-harm. It can also make you angry make you hurt other people also, which in turn causes deep regret after you get sober up.

As per a few research, women who drink while pregnant have a 30-45% chance of having a baby with defects. Foetal Alcohol syndrome is the major reason in western countries for babies with mental disabilities, facial deformities, and limb and heart defects.

Hence, women who are pregnant or lactating should not drink Alcohol. Also, the effects of alcohol on mental health can be quite dangerous.

Ways to cut down on Alcohol and improve mental health: