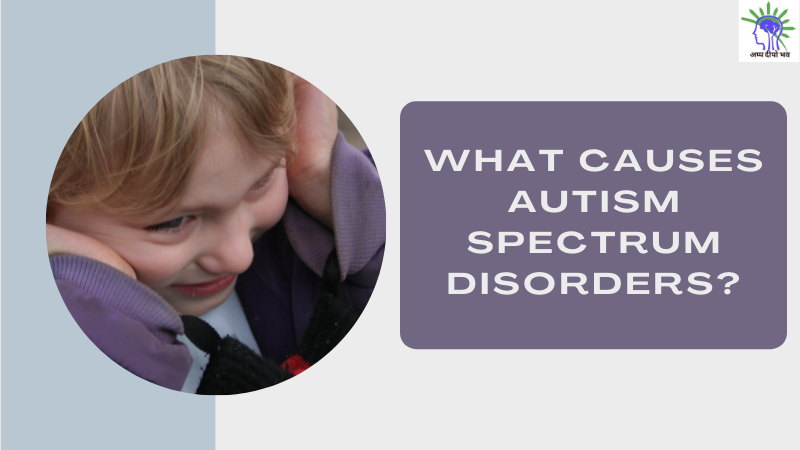 Autism spectrum disorders are conditions associated with brain development that affect the way people recognize and socialize with others, causing problems with social interaction and communication.

This disorder also includes limited and repetitive behavioral patterns. The term “spectrum” for autism spectrum disorders refers to a variety of symptoms and severity.

Moreover, According to Dr. Vivek Pratap Singh, the most renowned Autism Doctor in Patna, Autism spectrum disorders begin in early childhood and eventually cause functional problems in society, such as at school and at work. Children often show symptoms of autism in the first year.

A few children develop normally during the first year, then develop symptoms of autism and undergo regression between the ages of 18 and 24 months, & it gives rise to Autism spectrum disorder in adults.

There is no single known cause for autism spectrum disorders. Given the complexity of the disorder and the fact that the symptoms and severity vary, there are probably many causes.

Though, Both genetics and the environment can play a role…..

While,  For other children, genetic changes (mutations) can increase the risk of autism spectrum disorders. Other genes can affect brain development, how brain cells communicate and can determine the severity of symptoms.

Some gene mutations appear to be inherited, while others occur spontaneously.

Researchers are currently investigating environmental causes of autism such as viral infections, medications, and complications during pregnancy, and air pollution contributes to autism spectrum disorders.

What Are the 3 Main Symptoms of Autism?

Autism Spectrum Disorder symptoms are usually apparent in early childhood, 12-24 months of age. However, symptoms may appear sooner or later.

Although, The first symptoms may include a marked delay in language or social development.

Children or adults with autism spectrum disorders may have problems with social interaction and communication skills, including any of these signs.

A child or adult with autism spectrum disorders may have limited, repetitive behaviors, interests, or activities that include any of these signs.

Dr. Vivek Pratap Singh is the top-rated Neuropsychiatrist in Patna who provides the best treatment for autistic children.

Moreover, he has been in this field for more than 10 years, has treated many patients.

Right now, he is working as a Neuropsychiatrist in PMCH Hospital & also runs his own organization Pratap’s Neuro & Child Psychiatry Center.

Now, we take your leave here…hope you found the blog “What causes Autism Spectrum Disorders”, informative.

Nonetheless, if you have any further queries….just ask us in the comment section below.