Things You Need to Know About When OCD Becomes Psychosis 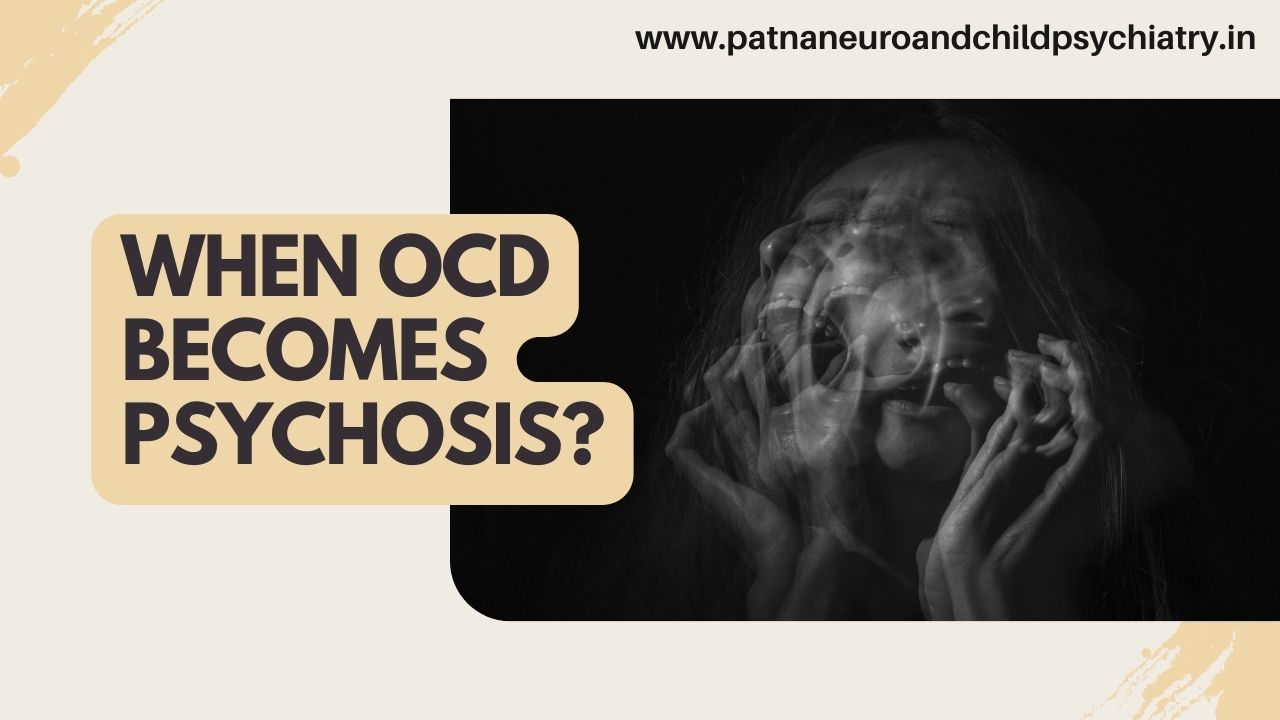 Suffering from OCD, you might be wondering when OCD becomes psychosis?

Well, to be very aware of the fact, you must have to read the full blog to acknowledge some other things related to OCD & Psychosis like psychotic obsessive symptoms, OCD paranoid delusions, & OCD with psychotic features DSM-5.

Moreover, OCD aka Obsessive Compulsive Disorder is a mental health condition which can be diagnosed in both children & adults.

Now, let’s move further & understand the term OCD in a more specific way & the delusions & psychosis related to it.

But, before moving ahead, if you or your known one is suffering from the symptoms of OCD, then Dr Vivek Pratap Singh is the Best Psychiatrist in Patna providing effective therapies to overcome the compulsions.

While symptoms of OCD might differ from person to person, also obsession & compulsion can change over time.

Well, here are the types of obsessions you can have if you are a sufferer of OCD.

Everyone with OCD will not develop psychosis but for some people, it’s possible to experience symptoms of psychosis.

Moreover, psychosis is something when you lose contact with reality, if you have symptoms of psychosis; you may get difficulty in understanding what is real & what’s not.

When your OCD symptoms are particularly high then you might experience psychosis.

Even before the link between OCD and psychosis is fully realized, the Diagnostic and Statistical Manual of Mental Disorders, 5th Edition (DSM-5) states that “obsessive thoughts, impulses or images are a product of the human mind” in OCD.

In other words, the knowledge that obsessions  are products of your mind is consider a characteristic of OCD.

It was previously believe that people with OCD should not experience any symptoms of psychosis.

According to DSM-5, OCD has specifications that indicate whether a person has:

Someone who considers OCD to have little or no vision may not immediately recognize their thoughts and behaviours as problematic or unreasonable.

This can be consider psychosis. OCD with poor or poor vision is a case where symptoms of psychosis may occur.

Can OCD Turn Into Schizophrenia?

According to the researchers, their findings suggest that an earlier diagnosis of OCD may be associated with an increased risk of developing schizophrenia later in life.

In addition, the team find that there was an increase risk of schizophrenia in individuals whose parents were diagnose with OCD.

These findings persist after the prevention of other factors that may affect the risk of schizophrenia, such as a psychiatric history and a family history of psychiatric illness.

But despite the suggestion that OCD shares many etiological causes of schizophrenia and schizophrenic spectrum disorders, the team argues that this does not mean that these conditions should be combined as a global diagnosis.

If you are suffering from severe symptoms of OCD, then you must visit Dr Vivek Pratap Singh, as he provides the best OCD Treatment in Patna.

Moreover, he is an expert in his field providing treatment for all Neuropsychiatry illnesses in children, adults, & old age people.

So, you must give a visit to him, if your children or anyone in your family is suffering from any psychotic disorder.

Well, this was all about the blog, you might have understood, when OCD becomes psychosis.

Now, we sump up the blog here. If you have any further queries, just write to us in the comment section below.